The Slovenska beach is the largest city beach and stretches from the city marina to the walking path for Dukley gardens and Becici. It is 100m far from the apartments. Along the pebbly beach is a pedestrian path that can be reached from the Old Town through the tunnel to Zavala and along the Bečići beach, even to the Kamenovo beach. Slovenska beach offers you numerous restaurants and cafes on the seashore, children's attractions as well as for adults, sports fields, outdoor clubs and more. It is pebbled and sandy. The beach is divided into several leased baths, with numerous catering facilities and sports grounds. It is 1600 m long and 24,800 m2.

Beach Budva Hill or more recently known as Richard's head, relies on the walls of the Old Town all the way to the hotel "Avala" along the path to the Mogren beach. The popular "Richard Heads" was named after the actor, Richard Vidmar, who recorded a movie in Budva "Long ships" 50 years ago. In the summer months, in the morning and in the evening, it is a peaceful oasis, and afternoon it is known as the favorite beach of young people, with daily parties in the surrounding cafe bars and on the beach itself. The special charm of the beach is in the period outside of the tourist season, when it becomes one of the few places where you can enjoy a light seafood coffee with a view of the sea. The beach is pebbly and about 100 meters long.

The largest island on the southern part of the Adriatic, the island of St. Nicholas (a name derived from the same church that is located on it) is at a short distance from Budva and has three sandy beaches. Tourists from Budva and from the surrounding beaches are being brought to the docks on the popular "Skolj" by boats. Smaller beaches on the south side of the island, beneath the vertical rocks, can only be reached by boats. The island is covered with Mediterranean vegetation, has many hidden coves, and is generally attractive for excursionists, romantics and adventurers. The beautiful sunsets create the impression of the exotic distant ends. On the island, which is a hunting reserve, there are deer, mouflon and rabbits and several bird species. The beaches are a total of 840 m long and the area is 2700 m2.

Many generations of locals, experience beautiful Mogren as their beach, in a great choice offered by the Budva Riviera. An unforgettable sight that opens before you when you see a beach that, as if coming out of high rocks, leaves a number of guests who want to swim only in this part of the coast, after a couple of hundred yards from the Old Town. According to tradition, two small sandy beaches, were named after the Spanish sailor Mogrini, who saved himself there after the shipwreck, and as the sign of gratitude on the other beach Mogren, he built a church dedicated to St. Antun. It is facing south, sheltered from the northern, eastern and western winds, is sunny from the early morning hours until the early sunsets. Beach is 350 m long, 4500m2 is one of the most attractive and most exclusive on the Adriatic.

In 1935, the Bečići Beach received "Grand Prix" in Paris and was declared the most beautiful beach in Europe, and thirty years later it also received the Golden Palm as the most beautiful beach of the Mediterranean. It is about 2000 meters long, with a surface of approximately 99,000 square meters. It is peppery and is especially known for its colorful sand, derived from the yield of stones from four streams. The most attractive is the "Green (Blue)" rock, at the very entrance to Rafailovići. It is one of the beaches with the cleanest water on the Montenegrin coast. The beach stretches from Zavala to Cape Đevištinje, it is divided into several parts managed by hotels for their guests and parts for locals and other tourists. It is surrounded by hotels of the highest category and excellent restaurants of national and international cuisine. The long walkway along the beach leads to Kamenovo on one side and to the Old Town on the other side. Like many other beaches, there are leased areas where umbrellas and deck chairs are paid, and there is also a part of the beach that is free.

Beach Jaz is at a distance from Budva about 2.5 kilometers in the direction of Kotor and Tivat. It has two parts, one is about 800 meters long, and the other about 400 meters. The total area of the beach is 22500 m2. Pebbly, in the water sandy beach is favorite by many tourists from Budva, but also Boka Kotorska. In the shade of its hinterland there is a campsite and parking, several restaurants and cafes. The world's leading travel guide, Lonely Planet announced in 2015 the beach Jaz the best European beach.

Kamenovo beach is home to a series of about 16 small, very attractive beaches of the Budva Riviera, on the way to Perazića dol. It is located between Becici and Przno, the coast is sandy, as well as the sea bed, which gives crystal clear water an unusual, turquoise and azure tone. It is oriented towards the southeast with a large number of sunny hours. Beach Kamenovo is about 730 meters long, it has a beach bar and restaurant. Guests can rent deck chairs and a beach assortment for an extra charge, and can also use the other part of the beach that is not paid.

'Sveti Stefan', one of the most attractive and most exclusive resorts in the Mediterranean, is located at a distance of 2km from the property. It was created by the adaptation of stone houses on the island, built more than five centuries ago to protect the population from the surrounding villages in the event of an attack by pirates and Turks. After the surrender, in 1442, Paštrovići grounded an island from the prey of Turkish galleys and built twelve houses, one for each tribe of Paštrovići. This small place was named after the church on the top of the island, dedicated to the world architect Stefano. On the island there are still churches of St. Preobraženje and St. Aleksandar Nevski. Sveti Stefan was a fishing village for centuries, until the mid-1950s, when it was adapted to the luxurious hotel resort. The city-hotel was opened on July 13, 1960, and for decades it has been a hub for celebrities from all over the world-crowned heads, writers, actors, scientists, politicians and rich sheiks. Entrance to the beaches and the island of Sveti Stefan is possible at an additional cost. 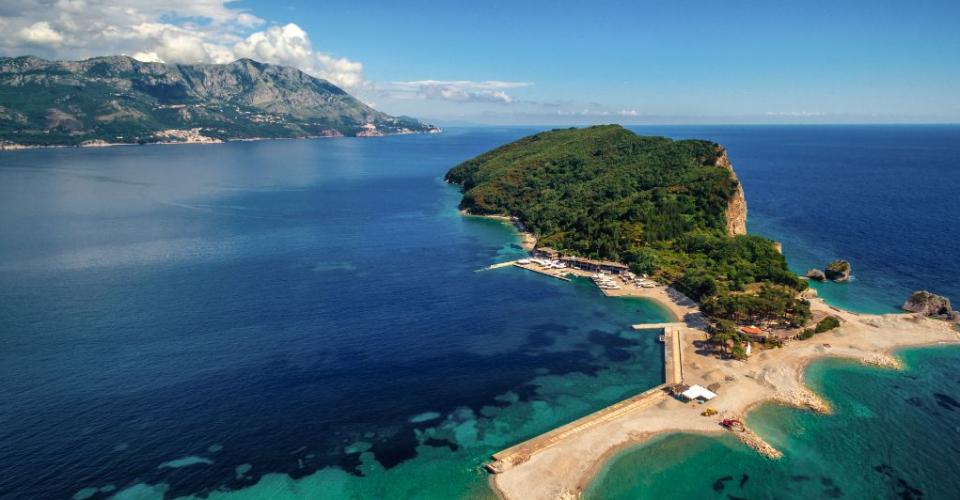 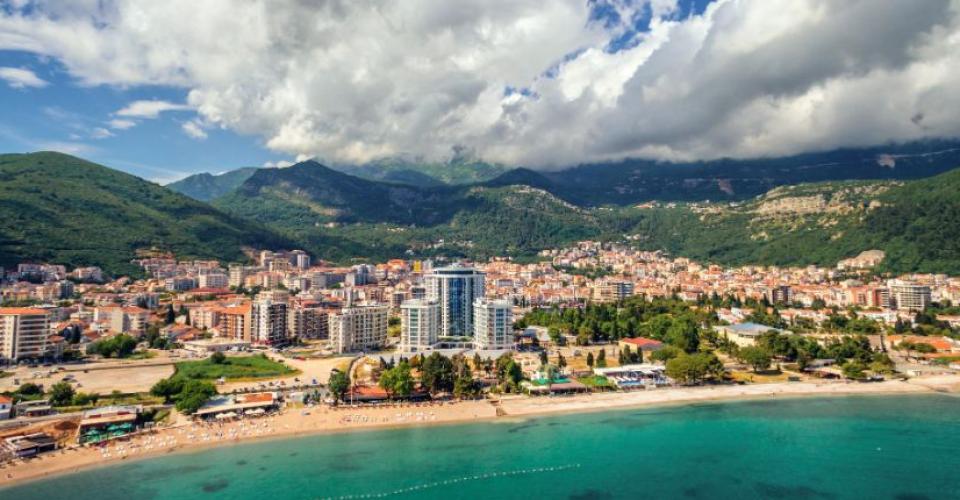 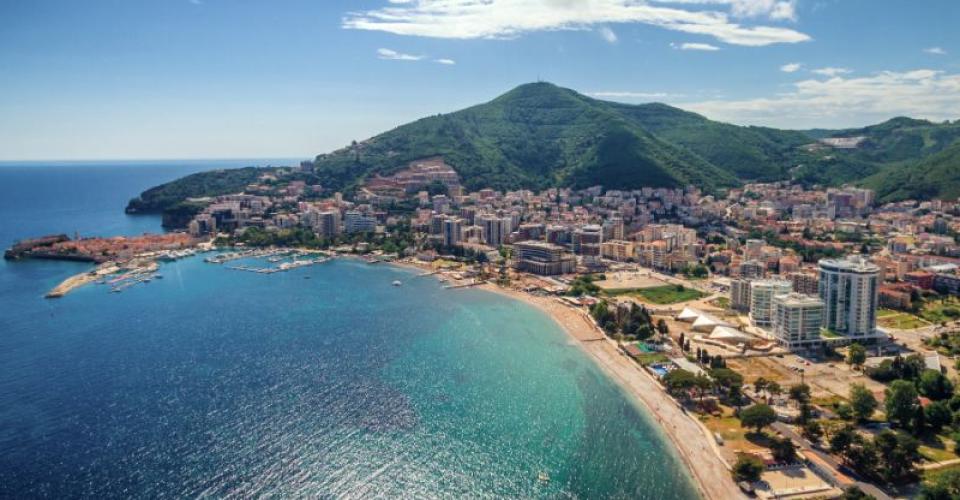 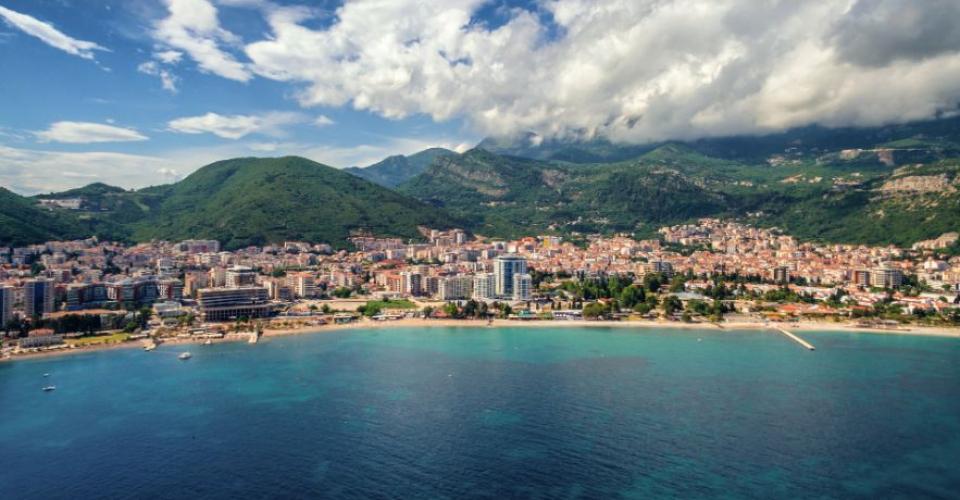 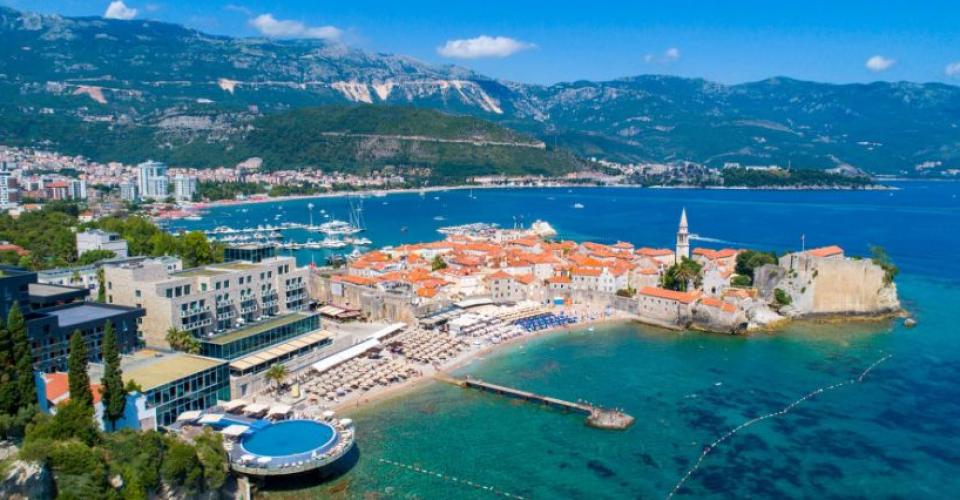 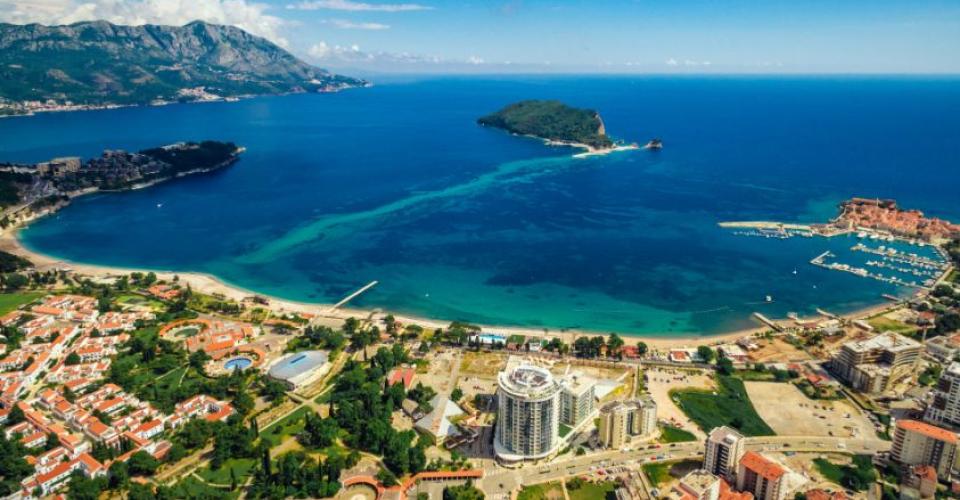 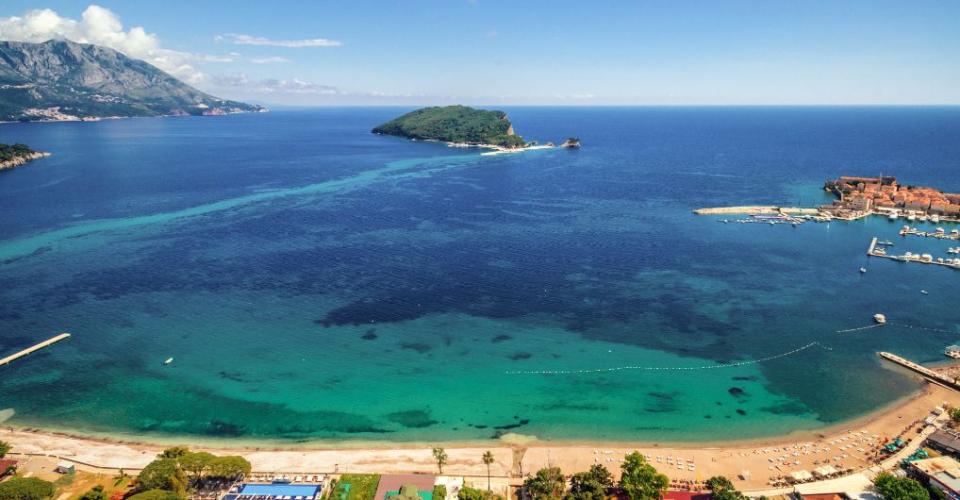 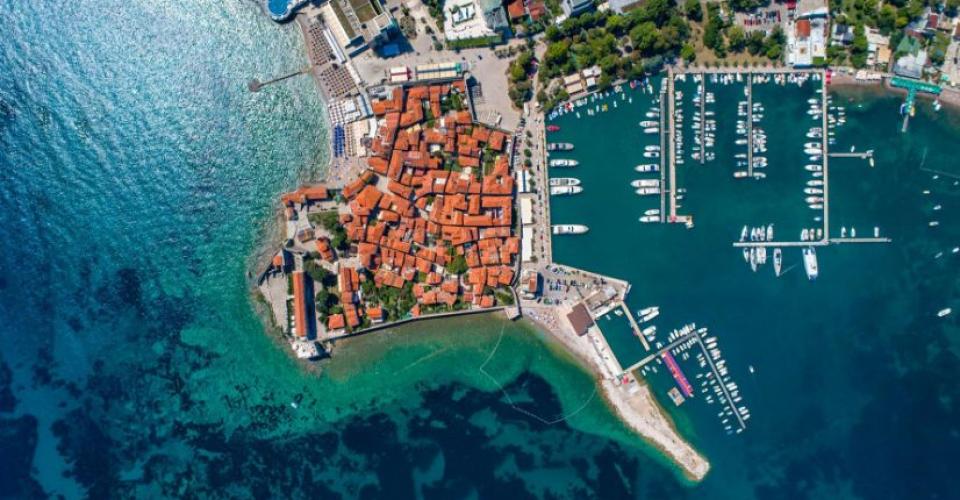 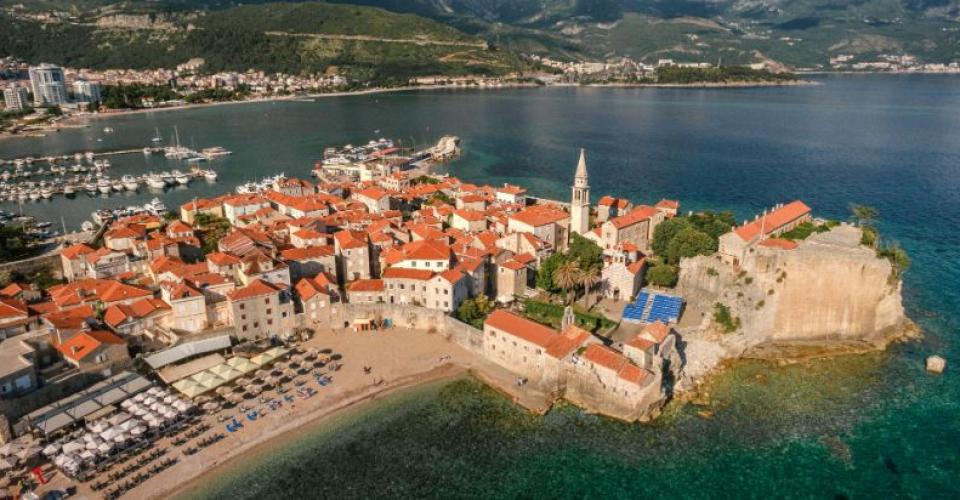 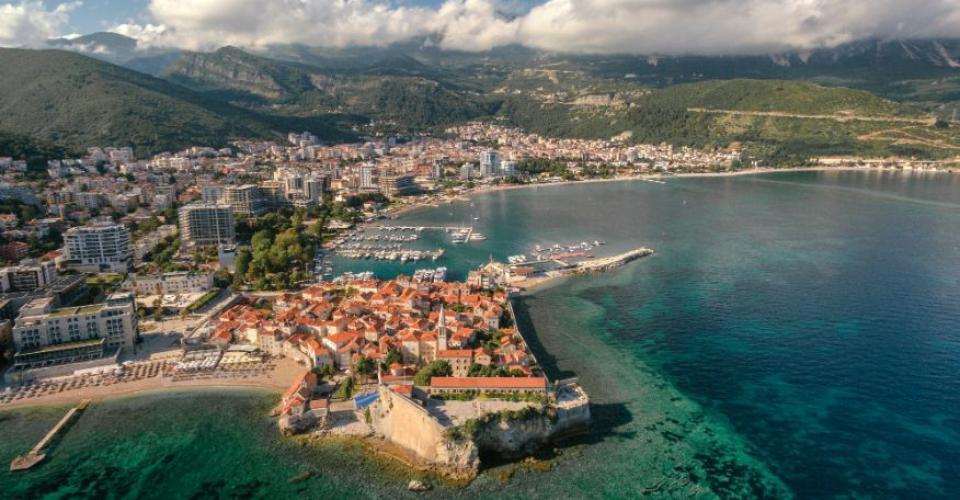 The location of the property provides various opportunities for all kinds of tourist activities - the possibility to visit the cultural and natural sights that Budva abounds, as well as a rich and active social, sports and cultural life in this city. Numerous cultural and music events are an interesting part of Budva's tourist offer, and besides, it is also possible to enjoy the natural beauty by visiting rural areas. In this part of the Montenegrin coast, there are also some of the most beautiful beaches of the Adriatic. The Budva riviera is abundant with long beaches, of which the closest ones are Slovenska beach, Becici beach, Kamenovo beach and Jaz beach. These beaches are distinguished by their high quality offer and the diversity of sports and recreational facilities on the water.
© 2021 Luxury Apartments Artiani. All rights reserved.
Powered by HSS